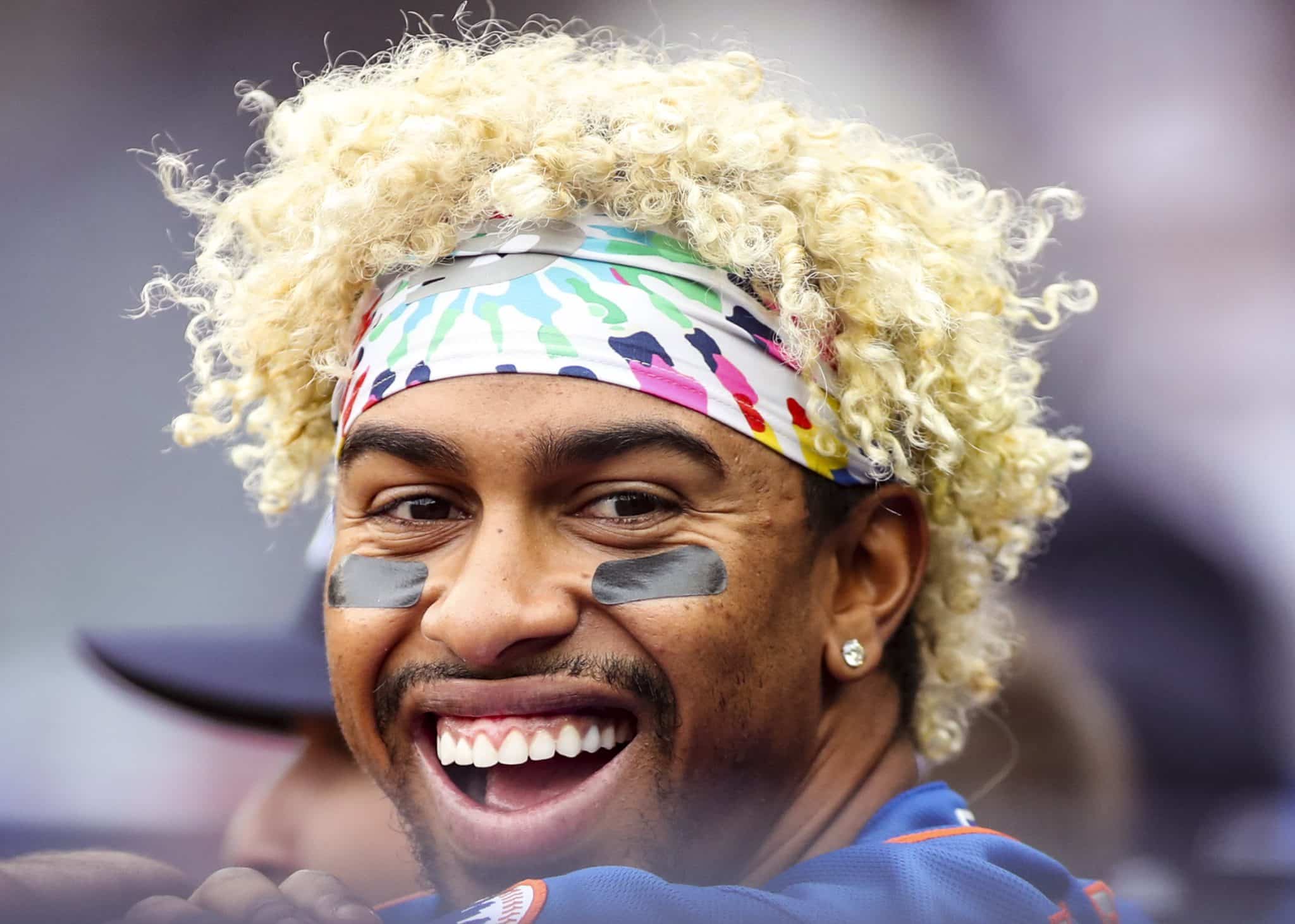 Fransisco Lindor’s positive energy continues to electrify the Mets clubhouse. Even when he’s not appreciated.

Amidst the Mets blowout 14-3 win against the Pirates, was Francisco Lindor’s 376-foot grand slam. That hit added some extra insurance space and some much-needed run support from a team that has struggled to do so.

“I was just listening to see if I was going to get booed.”

“I was just listening to see if I was going to get booed…I’m nowhere near my best. So when I do have a little bit of success, I just want to sit back and listen and feed off the crowd again when they cheer”

Francisco Lindor on rounding the bases stoically after his grand slam pic.twitter.com/3HYQwbRdjG

While it’s no secret that the 27-year-old shortstop has been underperforming compared to the past few seasons with a .221 batting average and a .320/366/.686 split.

Yet, at the same time, Lindor offers something that can’t be measurable by statistics and metrics.

He offers an intangible aspect of the game that can make or break a contending team.

Francisco Lindor provides a level of heart, passion, and energy that has the potential to add a degree of momentum that is hard to find.

Alongside Lindor’s smile and electric personality, he is the first person to hype up his teammates after a big moment.

As well as the first on to the mound to help get a struggling pitcher’s head in the game.

These are things that are often overlooked, but add a priceless edge to a team that just needs an extra push to get to a win.

Earlier this year I had the opportunity to speak with Pat Cassidy, the Global Director of Brand Marketing and Athlete Activation for New Balance.

Cassidy was the main person involved in recruiting Lindor for the brand’s athlete ambassador program. In speaking with him, he dove into some of the reasons he was interested in working with the young shortstop.

Francisco is nicknamed “Mr. Smile” for good reason. When he traveled with the brand in 2019, Lindor had met athletes from all over the world.

In doing so he spent time with young baseball players in Asia, practicing with them, and even taught them his personal handshakes.

“Lindor is a person who can relate to people from any background, in almost any situation because he radiates the kind of open, positive energy that people like to be around.”

Cassidy went on to elaborate on how Lindor radiates positivity everywhere he goes.

Further explaining that Lindor has the ability to relate to anyone he meets and find common ground.

These are just some of the traits that a player like Lindor brings to a team. Lindor is a leader.

But not in the sense that he necessarily tries to be. Yet he draws people in with a kind of energy that is hard to find.

In 2019 the Nationals won the world series. They were an underdog team that was not expected to succeed the way they did. They didn’t win solely because of talent. There was an aspect of heart and momentum that pushed each player to be their best selves.

Lindor’s presence brings that component to the table. He has the potential to push the Mets farther than anyone thought they’d go.

It’s understandable to be frustrated with an athlete’s performance.

Yet statistics don’t show the whole picture and Mets fans need to be more understanding in situations like these.

Lindor is a very talented athlete, going through a slump.

Even throughout his own struggles, he continues to lift up those around him and be a positive person in the club house.