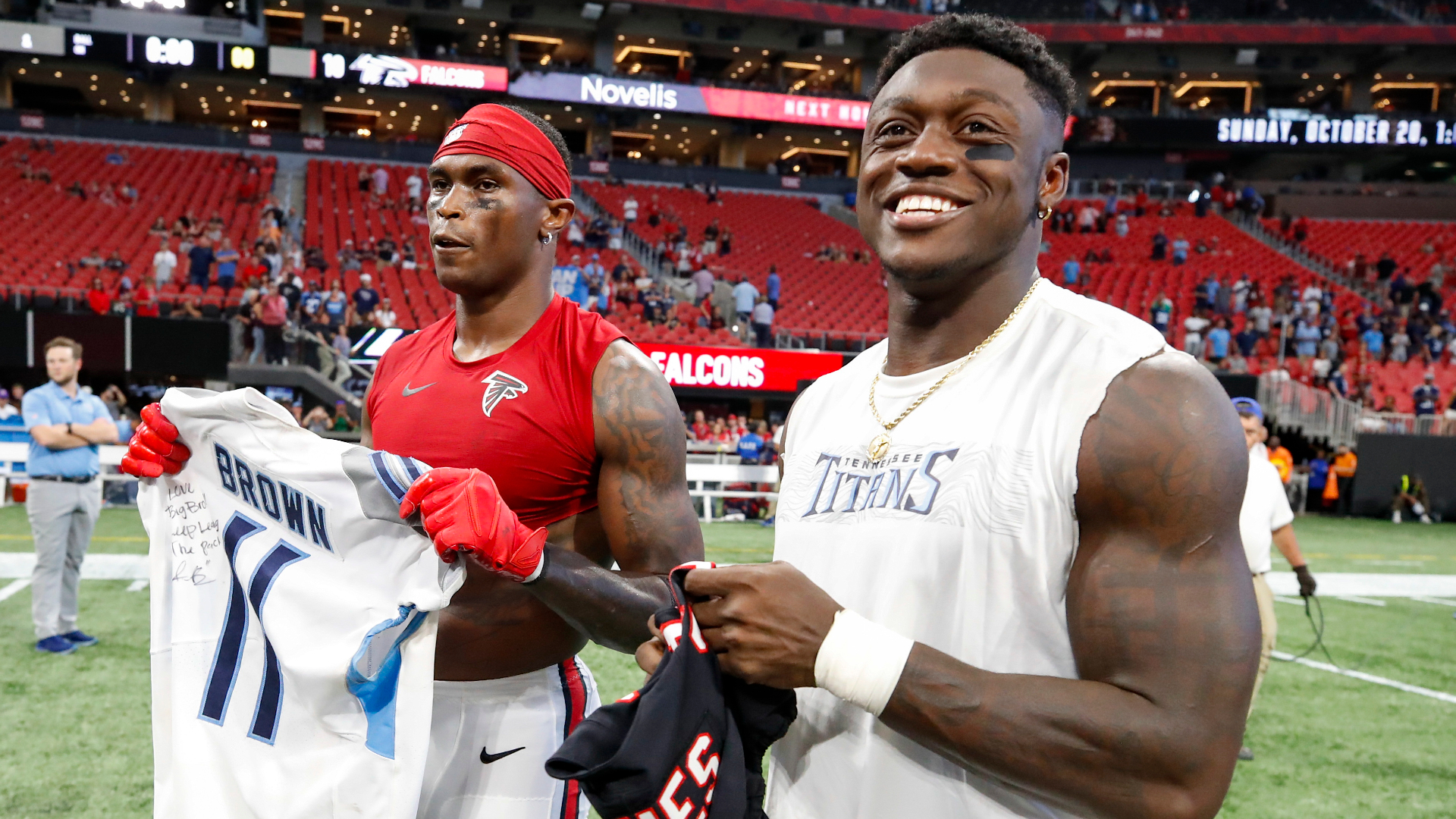 This story has been updated from a previous version.

If there was a dial measuring A.J. Brown’s current happiness level, it would probably go to 11.

The third-year Titans receiver on Tuesday revealed that he offered up his current No. 11 jersey to longtime idol and new teammate Julio Jones. But the All-Pro receiver, who held the number for each of his 10 years in Atlanta, told him to keep it.

That has to mean a lot for Brown, whose admiration for Jones is clear. Case in point: When Brown made public his attempt to sway Jones to the Titans, he revealed a message he sent the former Falcons receiver. The message is dated March 27, 2019 — a month before Brown was taken in the second round of the 2019 NFL Draft.

“Just wanna say thanks big bruh for paving the way for guys like me and you doing it the right way,” the message reads. “I’m a (sic) upcoming receiver in the draft and hopefully be as good as you one day man. Thanks man (for real).”

Then there’s the message Brown relayed after news broke that the Titans landed the All-Pro receiver: ‘Y’all done f—ed up.”

The question now is what number Jones will wear in Tennessee. The most likely option is No. 8, which he wore for three years at Alabama (and can now wear in the NFL thanks to NFL rule changes). Coincidentally, that number was vacated by former quarterback Marcus Mariota, who left the team after the 2019 season. Another option is No. 82, the number Jones wore at Foley (Ala.) High School. Per the Titans’ roster, that number is held by receiver Fred Brown, who signed with the team in early May.

Update: Jones has his new number, and it’s neither 8 nor 82:

It’s a curious selection for Jones, considering his previous associations with the Nos. 8 and 82 jerseys. Moreover, there was talk that running back Derrick Henry, who wore the No. 2 jersey during his Heisman Trophy campaign at Alabama, would return to the number in 2021.